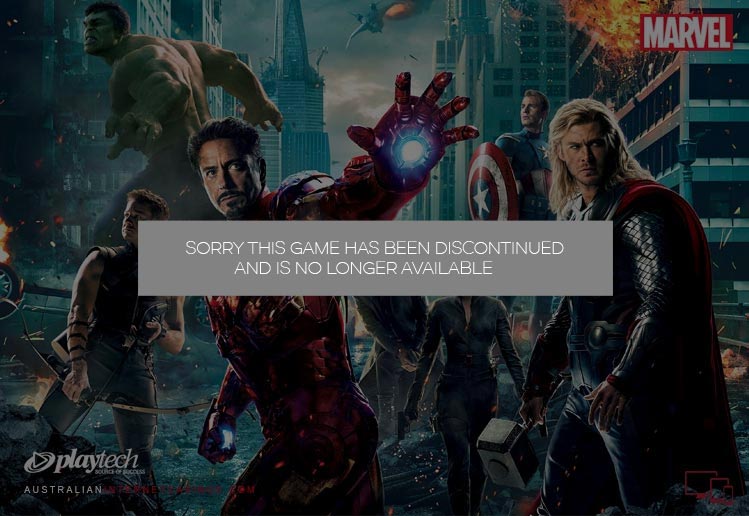 The Avengers Pokie Game by Playtech

ABOUT THE AVENGERS POKIE GAME

The Avengers pokie is powered by the well known software company Playtech and has 20 paylines with 5 reels. This pokie features the Marvel superheroes such as Black Widow, Captain America, Hawkeye, Hulk, Iron Man, Nick Fury and Thor. The game is based on the 2012 film where Nick Fury recruits Iron Man, Captain America, Hulk and Thor to prevent Loki from destroying planet Earth.

The Avengers pokie features s a unique Wall of Heroes Bonus that offers rewarding free spins rounds, each based on one of the superheroes. The pokie is also linked to the Marvel Multi-Level Progressive Jackpot.

About The Avengers Bonus Games

Avengers Assemble – land one of the super heroes on consecutive reels on an active payline to win 200x the line bet.

Wall of Heroes is a Pick Me bonus game triggered by landing 3 scatter symbols.

Captain America –a random multiplier is awarded on each spin from 1x up to 5x.

Iron Man – begin with a 1x multiplier which increases by 1 with every 3 spins.

Thor – get between 1 and 5 extra wilds to the reels after the spin has stopped.

The S.H.I.E.L.D Badge acts as a Wild symbol replacing most other symbols except the Scatter. Land 5 Wild symbols on an active payline to be awarded 500x the line bet.

The Avengers Logo is the Scatter symbol – land 3 Scatters anywhere on the reels to trigger the Wall of Heroes Bonus round.

The Avengers Assemble When Captain America, Hulk, Iron Man, Thor, and Nick Fury symbols appear consecutively on any payline a cash prize of 200x the line bet will be awarded.

Wall of Heroes Bonus Land 3 Avengers Logo scatter symbols anywhere across the reels to activate this feature. A Wall will appear with 20 Avenger icons. Make picks until 3 matching superheroes are unveiled which can award 4 free spins.

Awards 9 free spins, the multiplier starts from 1x a going up by 1x after 3 free spins. Every 3 free spins Iron Man will float across the reels increasing the multiplier by 1x up to 3x. The Reactor symbol will also appear in the middle of reel 3 acting as an Extra Wild.

Also awards 9 free spins; Thor throws lightning bolts with his hammer on every free spin. He will turns up to 5 random symbols into Random Extra Wilds.

Gives 9 free spins – the middle reel 3 is taken over by the Hulk becoming a Wild reel.

The famous Marvel Multi-Level Progressive Jackpot occurs randomly regardless of the bet size. The higher the stake the bigger the chances of entering the Jackpot game. Once the Jackpot game is awarded, players will get to reveal hidden symbols behind 20 squares. Once 3 matching symbols are revealed, the corresponding jackpot amount will be awarded. The Jackpots to play for are Power Jackpot, Extra Power Jackpot, Super Power Jackpot and the Ultimate Power Jackpot.

Players can spin the reels a set number of times in succession or until the Wall of Heroes Bonus is triggered.

Where To Play The Avengers Pokie Game.

You can play The Avengers pokie game at anyone of our recommended Internet casinos below. 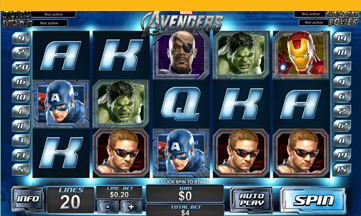 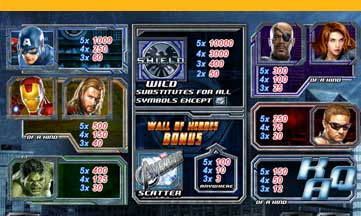 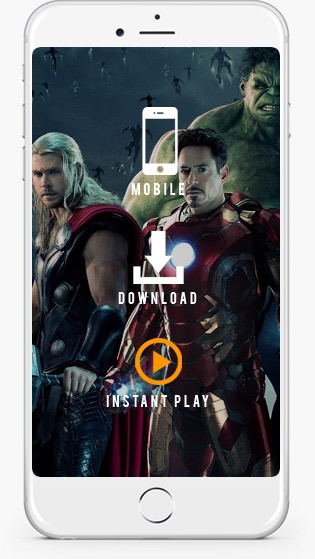