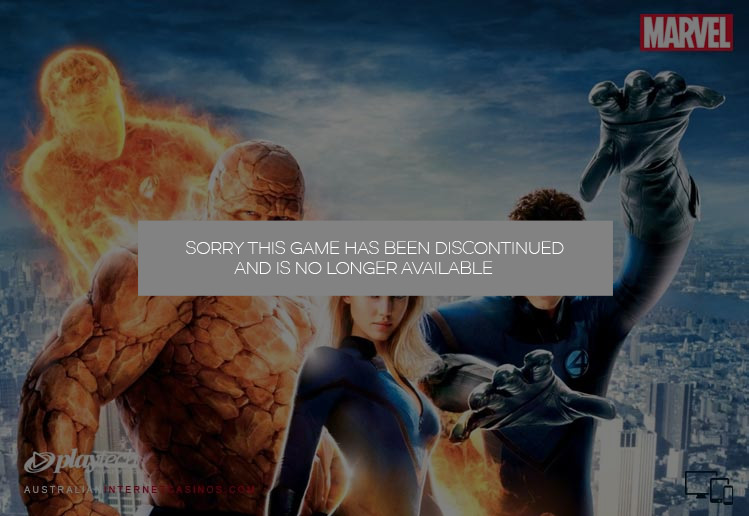 Fantastic Four pokie is powered by the well known software company Playtech and has 50 paylines with 5 reels.

Fantastic Four is a very popular Marvel pokie game with superb graphics and animations. The game is based on the Marvel comic book heroes featuring Human Torch, Invisible Woman, Mr Fantastic and The Thing. There is an exciting 4 part Free spins feature with up to 27 free spins and a 5x multiplier in total. The jackpot has now offers 10 000 coins when landing 5 Fantastic Four wild symbols!

The Fantastic Four pokie has 4 features within the Free Games feature which is triggered by the scatter symbol. Begin with 12 free spins and then the 4 features will appear. In total, 27 free spins with a 5x multiplier can be awarded.

The Wild is the Fantastic Four Logo symbol which replaces any symbol except the scatter. Lining up 5 Wild symbols awards 10 000 credits. During the Mr. Fantastic special feature 4 extra spins are awarded and the Mr. Fantastic symbol becomes an Expanding Wild substituting for all other symbols except the Wild and Scatter.

Planet Earth is the Scatter symbol. When 3 or more Earth symbols appear scattered on the reels the Free Games feature is activated. Receive 12 free spins in which any of the Fantastic Four can appear stacked on Reel 3. Depending on who appears the corresponding special feature is triggered.

About the Free Games Bonus Features:

Human Torch When Human Torch takes up the entire 3rd reel 4 extra free spins get awarded. The other 3 heroes disappear from the reels and extra Human Torch symbols get added. The Thing If The Thing covers the whole 3rd reel an extra 3 free spins will be given. The Thing becomes a Sticky Wild and remains in place for the free spins.

Fantastic Four is linked to the 4 Level Marvel Mystery Jackpot Network. This Jackpot has increasing levels, the order being Power, Extra Power, Super Power and Ultimate Power. The Jackpot Game is triggered at random and can appear after any spin. The game has a 4×5 grid with 20 squares that hide symbols for the various jackpot levels.

Click on the squares to reveal the symbols, the first 3 identical symbols revealed results in that jackpot level being won.
Power = 50, Extra Power = 500, Super Power = 5 000 and Ultimate Power = 100 000. The odds of triggering the jackpot feature are increased by the amount bet.

Simply select the amount of lines to bet on and the bet amount for each line to determine the total bet for the spin. Once the bet amount has been set, click the Auto Start button to automatically play a set number of spins from 10, 20, and 30 up to 99 spins, for the same amount.
The Autoplay feature allows the spinning process to continue without interruptions.

You can play Fantastic Four pokie game at anyone of our recommended Internet casinos below. 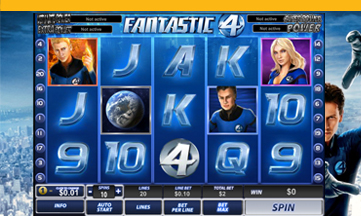 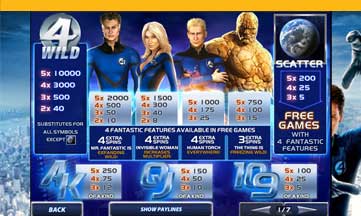 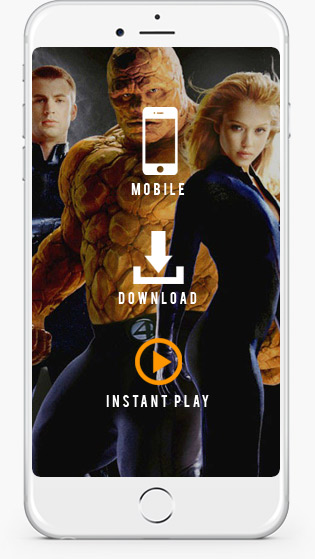