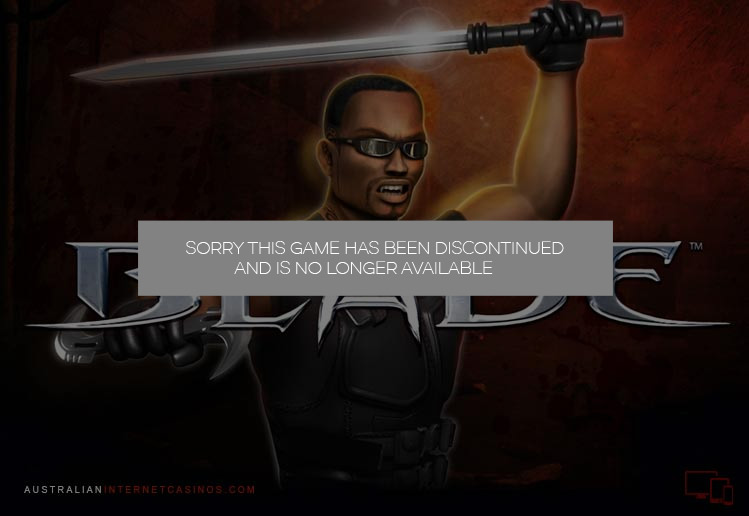 Blade pokie is powered by the popular software gaming company Playtech and has 20 paylines with 5 reels. This is another of the Marvel Series pokie games based on the comic book, TV series and Blade movie made famous by the actor Wesley Snipes as the super hero vampire hunter. Blade is half-vampire and possesses super strength, speed and stamina.

He brings about order with his mighty sword and array of other sharp implements. The graphics are awesome, including blood dripping with winning paylines. Blade goes to the Free Games with the dynamic Split Symbol and multipliers. There is also the Marvel Mystery Jackpot which appears at random.

3 or more scatter symbols will award 15 Free Spins.
Begin the round with a random multiplier between 2x and 5x, and with every win that multiplier increases. Land a winning combination and the Split Symbol on the 5th reel to trigger this bonus round. The final symbol on the combination will be split in two, effectively adding an extra identical symbol to the reels to increase your winning chances.

The Blade Wild substitutes for all symbols except for the Scatter.
When the wild symbol appears Blade draws his sword and slashes the symbol in two. Note that the Scatter symbol during the Free Games round also acts as an Extra Wild symbol.

About the Scatter Free Spins Bonus

Blade Logo is the Scatter symbol – when 3 or more appear anywhere on the reels the Free Games feature will be triggered.
15 free spins are awarded with variable multipliers.

Once the Free Games begin a random initial multiplier will be awarded up to 2x, 3x, 4x, or 5x.

If winning after a spin the multiplier is increased by 1 – 5x is the maximum.

Lose on the spin and the multiplier is decreased by 1 – 2x is the minimum.

Free spins can be re-triggered infinitely.

The Split symbol can appear in both the base game and Free Games feature.

The Split feature is activated when the Blade Split symbol appears anywhere on reel 5.

Then the last symbol of every winning combination gets split in 2 and counts as an extra symbol in the payline.

For example, if a winning combination has 3 symbols the symbol on the 3rd reel will be split and the combination will payout for 4 symbols.

When the 5th symbol in a combination is split it gives payouts with 6 symbol combinations.

Blade is linked to the 4 level Marvel Mystery Progressive Jackpot.
The 4 levels are Power, Extra Power, Super Power and Ultimate Power. The Jackpot is triggered randomly – when the jackpot is triggered the screen will show a grid of 20 squares hiding the symbols for the various Jackpot levels. Click on the squares to reveal the symbols – 3 matching symbols reveal the corresponding jackpot.

Autoplay allows players to set up several games in a row to spin automatically. This feature will pause for a bonus game or special feature.

Where To Play Blade Pokie Game.

You can play Blade pokie game at one of our recommended Playtech Internet casinos below. 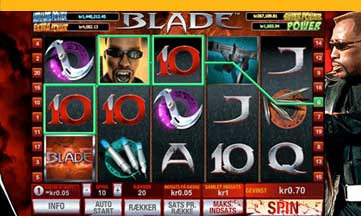 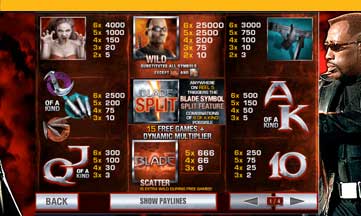 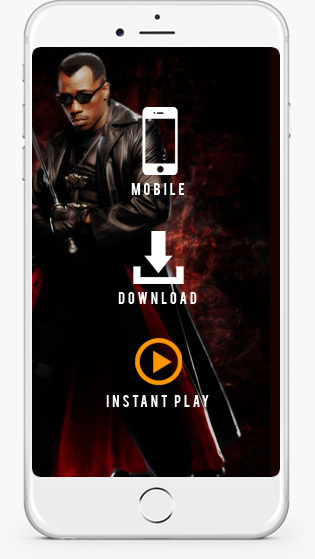