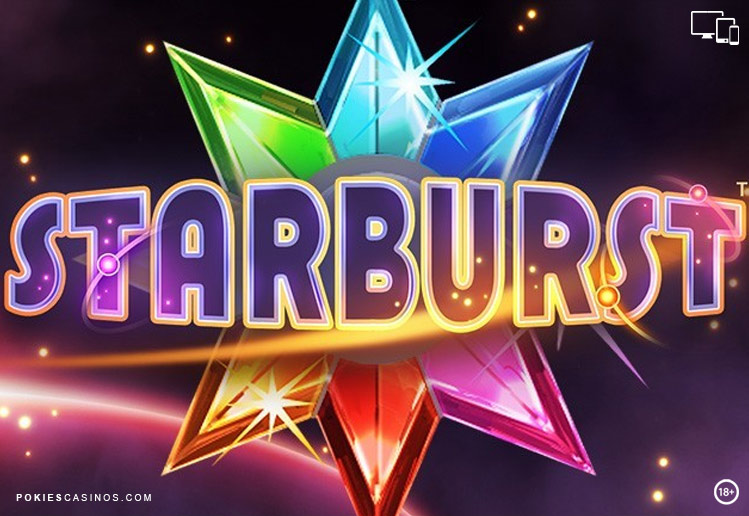 Expending Wilds with Re-Spins, and Win-Both-Ways

StarBurst pokie is powered by the powerhouse gaming company NetEnt.

StarBurst plays at a default, 10 paylines with 5 reels.
StarBurst pokie combines a retro atmosphere with cosmic music, outer-space images and bright neon graphics. NetEnt has created a simplistic yet fast paced pokie with expanding Wilds and Re-spins, Stacked symbols but no Scatter symbols or Multipliers.

This game is very entertaining and rewarding where the approach of ‘less is more’ has worked well and has remained very popular with players.

The Starburst pokie will appeal to all types of players from casual players to risk-takers!
The coin amounts range from 0.01 to 1.00.
There is also an option to bet up to 10 coins on each of the 10 pay lines.
This allows for a betting range starting from 0.10 up to 100.00

There is only one Bonus feature in this pokie which is an Expanding Wild. Other features include the ability to win in any direction with paylines from left to right and from right to left.

The Wild symbol is a multi-coloured Star which can substitute for all other symbols in the game.
The Wild Star symbol appears only on Reels 2, 3, 4 and can expand over an entire reel.

When 1 or more Star Wilds appear anywhere on Reels 2, 3, or 4 the Starburst Wild Feature will be activated. During this feature the Wilds will expand to cover the entire reel remaining in place while the other reels Re-Spin.

If a new Wild appears during the re-spin, it will expand and remain in place together with any previously expanded Wilds for another Re-Spin for a maximum of 3 re-spins. The Wild feature ends when no new Wilds appear during a Re-Spin. Land 3 Expanding Wilds to win a huge amount of up to 50 000!

About Wild Re- Spins

If a Starburst Wild symbol spreads covers an entire reel the expanding wild re-spins round gets triggered. This keeps the expanded wild reel in frozen while the other reels spin again.
3 re-spins can be won with an Expanding Wild.

Up to 3 symbols can appear on a reel simultaneously, arranging themselves into Stacked Symbol combinations. The symbols may appear Stacked on any of the 5 reels thereby increasing winning chances. Get more than one winning line with Stacked symbols, the payout will be for the highest-paying combination only.

The Auto Play button allows players to set a certain number of rounds to play automatically. It the Advanced settings the AutoPlay can be set to stop as well.

Where To Play Starburst Pokie Game.

You can play Starburst pokie at anyone of our recommended NetEnt Internet casinos below. 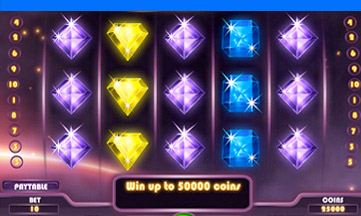 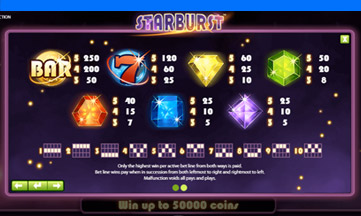 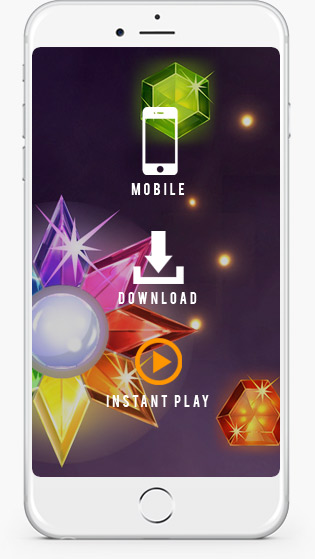