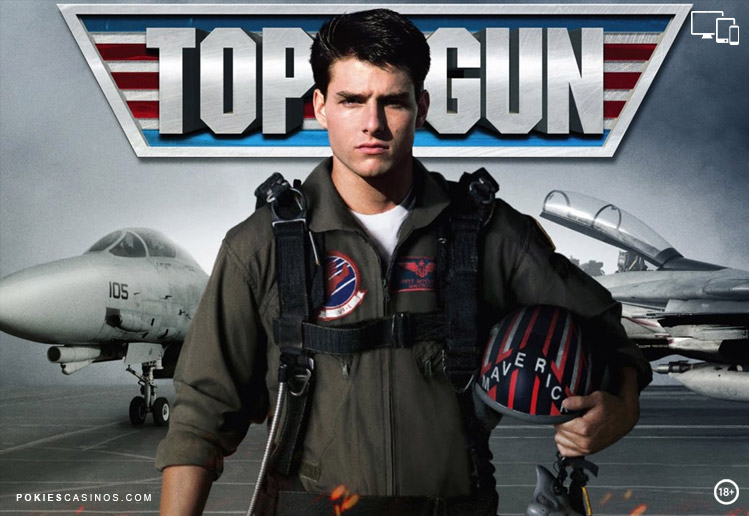 This is an officially licensed pokie from 1986 film starring Tom Cruise as Maverick and Van Kilmer as Iceman. Other famous characters from the movie include Charlie, Iceman, Jester, Stinger and Goose. Tom Cruise, as Maverick, does not appear which is likely due to image rights.

Animations and features from the movie franchise are shown including an occasional strain of Berlin’s smash hit single ‘Take My Breath Away’, which featured on the film’s official soundtrack.

Top Gun pokie has a Dogfight Wilds feature where the jet will fire missiles onto the reels turning up to 15 symbols into Wilds. The Danger Zone Free Games feature is activated awards 8 free spins.

This pokie offers a full betting scale of 25 fixed pay lines returning 243 possible Ways to Win. The Top Gun Jackpot is 1 500 coins for 5 of a kind Wilds.

Dogfight Wilds bonus is triggered randomly. A F-14 Tomcat blasts missiles onto the reels, where the missiles land will turn those symbols into Wilds. Win up to 15 Dogfight Wilds.

Danger Zone is triggered when the Scatter F-14 Tomcat Fighter Jets appear on Reels 1, 3 and 5. Get awarded with 8 Free Games and the Dogfight Wilds can also appear for greater wins. This feature involves explosive sequences as the reels explode with missiles!

The Top Gun Logo is the Wild substituting for other symbols besides the scatter. Land 5 Wilds for a 1500 coin win.

Wilds are triggered at random during the Dogfight Wilds feature where missiles get shot at the reels. Wherever these missiles land they will turn those symbols into Wilds. Between 1 to15 Wilds will be added to the reels.

Land 3 of the Fighter Plane scatters anywhere on Reels 1, 3 and 5 to activate the Dogfight Free Games feature. Once activated 8 free spins will be awarded, together with enhanced Dogfight Wilds which offer more chances to create winning combinations.

The Turbo mode increases the speed of the reels allowing for more spins within a certain time. Autoplay lets players choose to automatically rotate the reels 10, 25, 50, or 99 times before stopping. 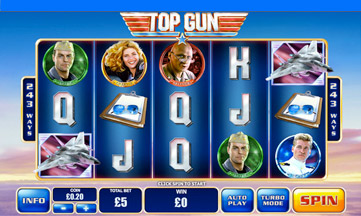 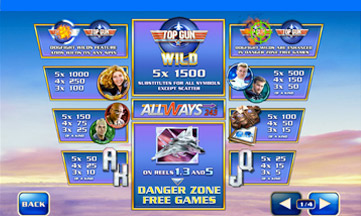 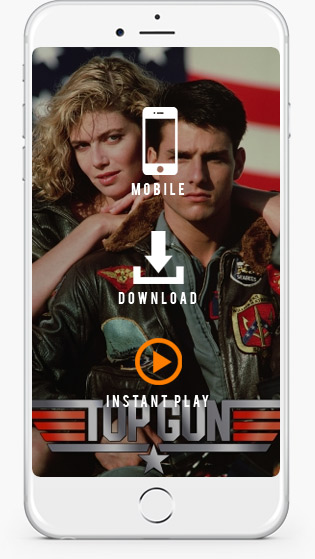