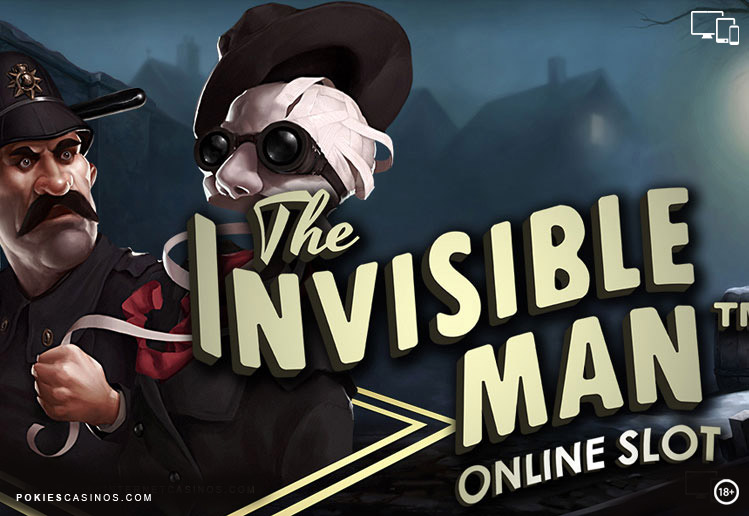 ABOUT THE INVISIBLE MAN POKIE GAME

The Invisible Man pokie is powered by the software company Net Entertainment and has 20 paylines with 5 reels.

This pokie is based on the classic H.G Wells’ science fiction novel which was published back in 1897 and the classic movie in 1933.
It’s about a scientist who is devoted to researching optics in order to become invisible. There are 2 bonus features, Free Spins and Wilds with cash prizes and multipliers.

A great feature of this pokie is that that winning paylines can be activated from right to left, and the standard left to right, effectively doubling the paylines and increasing winning chances. The animations, graphics and sound effects are all top quality.

About The Invisible Man Bonus Games

Should both the Griffin and Police Wild land in the same position, the Wilds lock and merge together – this will activate the Free Spins feature which awards 10 free spins. If the 2 Wilds merge during the feature they will award an additional 4 free spins.

The Griffin’s Rage Bonus feature takes place in 3 locations -Lion’s Head Inn, The Mansion and Ipping Station. Click on 1 of 5 items in each location to reveal cash prizes, 1x up to 4x multiplier and 1 end-of -stage item. The Police Spins Bonus feature awards 3 spins with 5 burning Wilds appearing on the reels randomly.

When a Police Wild and a Griffin Wild merge together in the main game the Free Spins feature will be triggered awarding 10 free spins. After they have merged the wilds that triggered the free spins feature disappear from the reels.

About the Free Spins Feature

The Griffins Rage and Policeman Wilds merge on the reels awarding t10 free spins. If more Wilds appear during this feature and if they merge again, another 4 spins will be added to the total.

In Free Spin mode 2 meters are placed above the reels: the Bonus Game meter and the Police Spins meter. Each meter has 8 places, each time a Griffin Wild ‘walks off’ the reels a place on the Bonus Game meter is filled. When a walking Police Wild leaves the reels a place on the Police Spins meter is lit. When one of the meters has all the 8 places lit before the end of the Free Spins the respective bonus game becomes activated.

Autoplay and Max Bet options are supported. Autoplay automatically plays the game for a selected number of rounds between 10 and 1 000.

Where To Play The Invisible Man Pokie Game.

You can play The Invisible Man pokie game at our recommended Play n Go Internet casinos below. 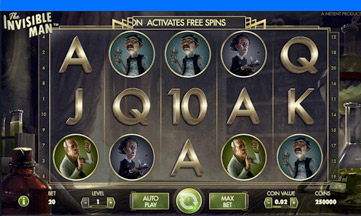 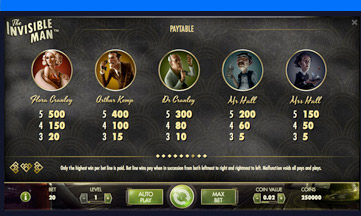 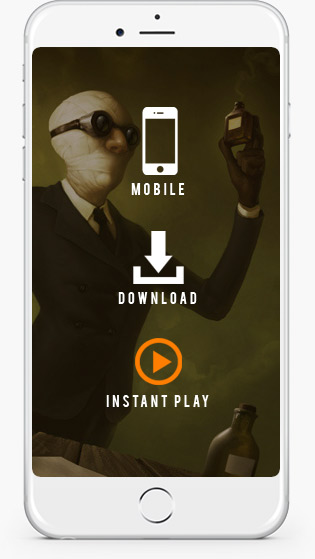