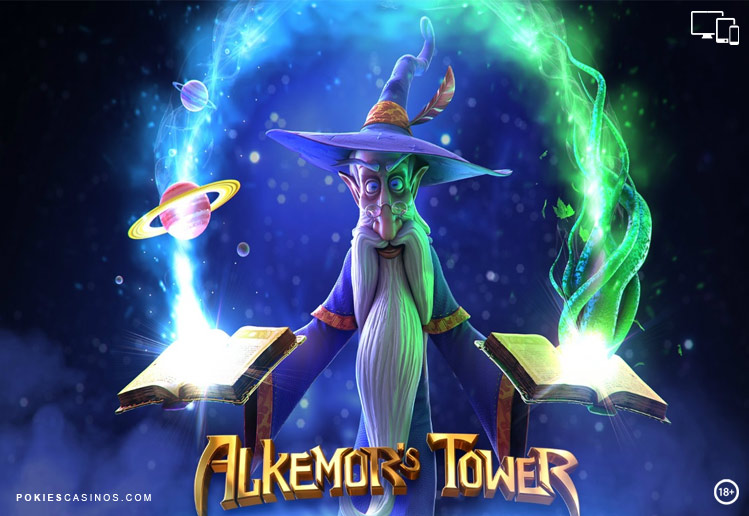 Alkemors Tower is powered by the proven power of BetSoft proprietary design technologies to open up a magical world! Alkemors Tower plays with 243 ways to win and 5 Reels. This video pokie has a Wizard-theme with the elements of Earth, Air, Fire and Water. With the correct combination of symbols on the reels, Alkemor teleports players to the
Magical Conservatory level of the Tower for an exploration of Nature Magic, or into Celestial Magic on the Arcane Observatory level to receive the generous free spins bonus!

Alkemors Tower coin size begins from 0.02 credits going up to 1.00 where the betting range is from 0.60 up to 150 per spin. The 243 pay-lines stay as they are, but players can bet up to 5 coins on each line using the Bet Level selector.

Alkemor’s Tower offers 2 Bonus games at the Magical Observatory and Arcane Conservatory. The 4 special elemental symbols, Water, Fire, Wind and Earth are keys to the bonus features. Land the Spell Book symbol on Reels 1 and 2, land an Elemental symbol on Reel 3 to trigger that particular element’s bonus. Each Element awards different configurations of Wilds and some huge payouts.

About the 4 Bonus Games

The 4 Elemental Spells get triggered with 2 Spell Book symbols on Reels 1 and 2 with an Elemental symbol on Reel 3. Should more Spell Books appear on Reels 4 and 5, then the power of the corresponding spell will be increased.

All of the Elemental Spells – Water, Earth, Air and Fire will add more Wilds onto the reels whenever the feature is triggered in its own special way. Trigger 3 of the special Spell Books to activate The Nature Floor Free Spins or the Celestial Floor to be transported deep into Alkemors mysterious chambers. Where Alkemor takes the player depends on the Spell Books that triggered the Bonus.

The spells are as follows:

Water (blue): a huge wave flows over the reels.
All spell and spell book symbols on reels 2 – 4 turn Wild, the spell book symbol on reel 1 becomes a random symbol.
Any wins will then be recalculated.

The Vine activates the Nature Floor; the Black Hole activates the Celestial Floor. Each floor awards up to 15 Free Spins with their own unique set of symbols and special bonuses.

Nature Floor – a Vine symbol on the 3rd reel devours symbols and awards a Cash prize. Celestial Floor – a Black Hole symbol on reels 2 or 4 sucks in neighboring symbols for Cash prizes.

The ‘Double Up’ Feature below the reels can be used to gamble any base game win. This is a Heads or Tails game with no maximum win but offers a chance to double your win.
Get it wrong and all winnings will be lost.

Where To Alkemors Tower Pokie Game.

You can play Alkemors Tower pokie game at our recommended BetSoft Internet casinos below. 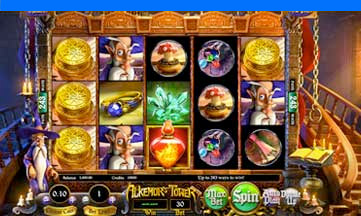 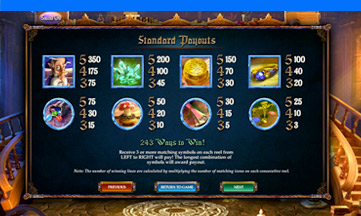 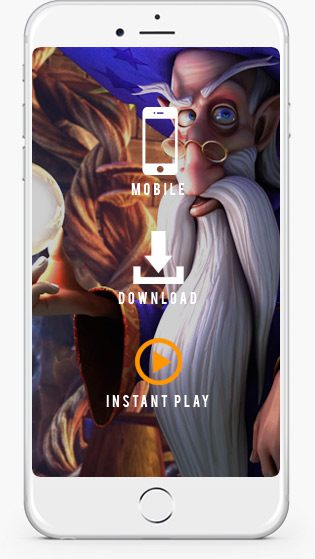