Age Of The Gods - Medusa And Monsters 4 Jackpots 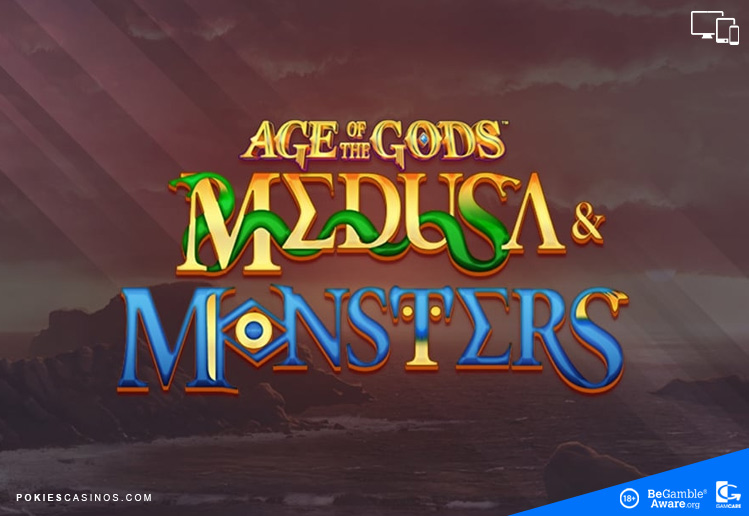 Age Of The Gods - Medusa And Monsters

Age of the Gods - Medusa and Monsters Pokie Review

Age of the Gods – Medusa and Monsters is powered by the popular software gaming company, Playtech and offers 164 Ways-to-Win and 6 Reels.

Medusa and Monsters is part 10 of the hugely popular Age of the Gods series.

Based on the Greek Mythology of the Gorgon Medusa, a female monster that had real live venomous snakes instead of hair. She also had a gaze that could turn mortals into stone.

The setting is against a dark, rocky beach with splashing waves at sunset with snakes curling around the outside columns of the game window!

Symbols include Cerberus the multi-headed dog, Minotaur – a mythical creature with the head of a bull and body of a man, and the beautiful Aphrodite – Greek goddess of love and beauty. Medusa has the power to petrify players as her stony stare freezes symbols in place!

The average Return to Player percentage is 96.09%

Medusa is the Wild symbol which will substitute for all symbols except the Scatter. When the Medusa Wild lands, it will expand to fill the entire reel, known as the Expanding Wild Symbols feature.

About the Age of the Gods – Medusa and Monsters Bonus Games

The Bonus feature to take advantage of include the Medusa’s Gaze Free Games – select between 3 Shields with each revealing a different high-paying symbol with free games.

About The Medusa’s Gaze Free Games

3 War Shield Scatters will appear fully or partially on the 2nd, 4th and 6th reels awarding 6 Free Spins.
A new screen will open displaying 3 Shields.
Select 1 Shield to uncover one of the high value symbols, Siren, Cerberus or the Minotaur. The selected symbol becomes frozen for the 6 free spins.

When the stacked Medusa Wild symbol moves to the same reel, the high-paying symbol unlocks from the reels and will be removed.
The 2 high-paying symbols that were not selected will not appear on the reels in this feature.
Just be aware that Medusa will move left after each spin ends, once she finds her way to the first reel, the free spins will be over. This also means the other symbols will find their courage to move back onto the reels!

The Age of the Gods Jackpot series is an accumulative, multi-level game where 4 Progressive Jackpots can be won at random. Enter the Jackpot Game where a 5×4 grid with 20 coins will be displayed.

The Autoplay features up to 99 spins that turn automatically. When using the Autoplay option, it’s a good idea to pair it with the Turbo mode to speed up the action.

Where to play Age of the Gods – Medusa and Monsters Pokie Game.

You can play Age of the Gods – Medusa and Monsters pokie game at our recommended Playtech Internet casinos below. 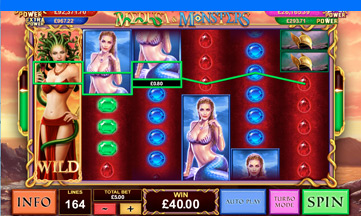 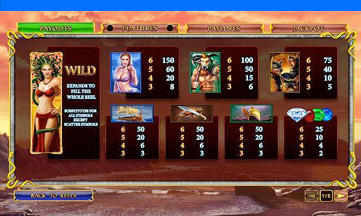 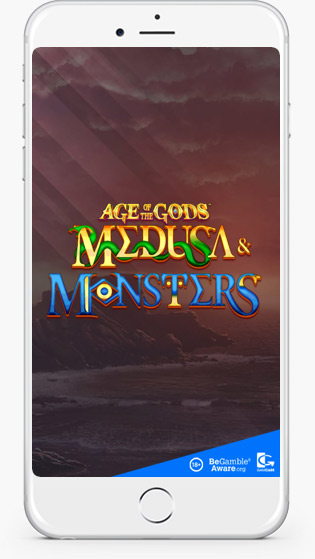