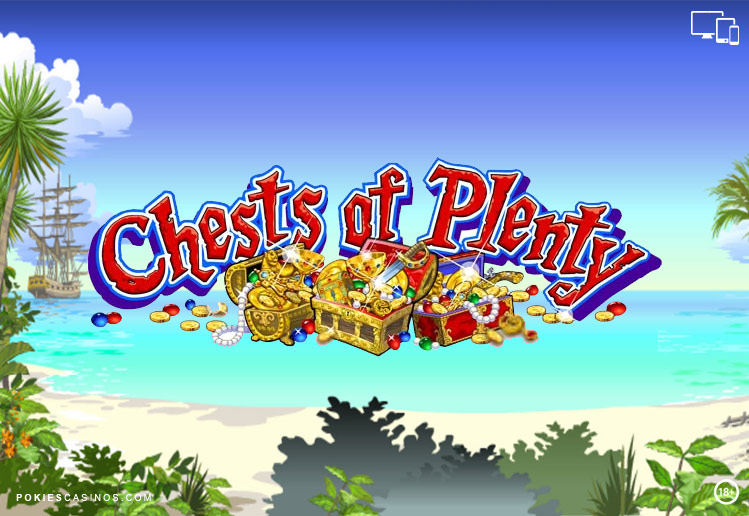 ABOUT CHESTS OF PLENTY POKIE GAME

Chests of Plenty pokie is powered by the Gaming software company Ash Gaming, and has 5 reels and 20 paylines.

In this intriguing pirate themed pokie players get the opportunity to plunder the high seas and escape with as much loot from captured ships as possible. Enjoy the sounds of the sea and the Caribbean shore and with one-eyed pirates, parrots and plenty of booty filled Treasure Chests. The game has Wilds and Scatter Bonuses which offer many opportunities to win a good amount of money!

About Battle of the Gods Bonus Games

Chests of Plenty offers 2 Bonus rounds – the In-Reel Chest Bonus round will be triggered by landing 3 Treasure Chest symbols anywhere on the reels The Treasure Map Bonus Round is triggered by getting 3 or more Treasure Map scatter symbols. The aim is to advance through the islands by collecting maps; each map has a trail around it awarding different prizes.

The Lady Pirate is the Wild symbol, 5 Wilds will reward a 10 000 coin Jackpot! The Wild also substitutes for any other symbol except the Treasure Map Bonus and Treasure Chest scatter symbols. If the Pirate symbol appears next to the Wild, he will also become a Wild.

About the Bonus Scatter Symbols:

Land 3 Treasure Chest Scatters anywhere on the reels to activate the Treasure Chest feature. Each chest appears on the screen and opens up to reveal 3 Gems. Get 3 identical Gems to win one of three prize payouts, depending on whether the gems are rubies, emeralds or diamonds.

Land 3, 4 or 5 Treasure Map Scatter symbols anywhere across the reels. Get to explore one of 3 Treasure Maps – Booty Island, Isle of Plenty or Jackpot Island. Follow the trail around each Island by spinning the wheel which has numbers from 1 to 7 and Skull and Crossbones. Landing on the ‘Skull & Crossbones’ ends the adventure. While on the Islands Mystery Awards and Re-Spins can be won. Collect 3 maps during the search in order to automatically advance to the next Island.

The Islands each have different prize values:

Win the ‘9 Diamond Progressive’ when all 3 Treasure Chests draw 3 Diamonds on the same spin. Each Treasure Chest will continue to draw new Gems until a non-winning combination appears.

The Autoplay function spins automatically, select between 5 and 25 automatic spins. Autoplay can be cancelled by simply clicking the Stop Autoplay button. During the bonus rounds Auto Play will turn off.

Where To Play Chests of Plenty Pokie Game.

You can play Chests of Plenty pokie game at our recommended Ash Gaming Internet casino below. 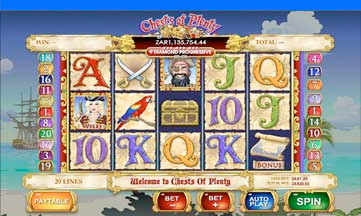 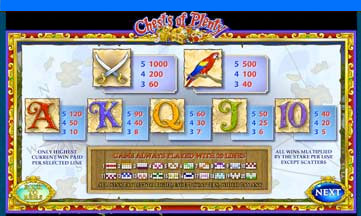 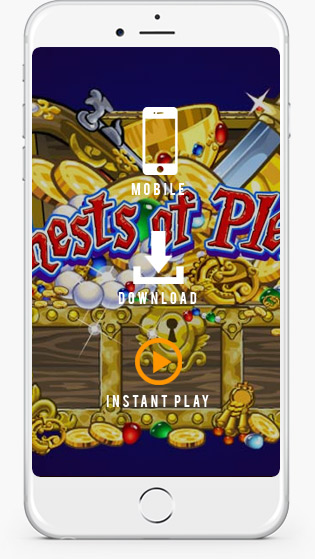