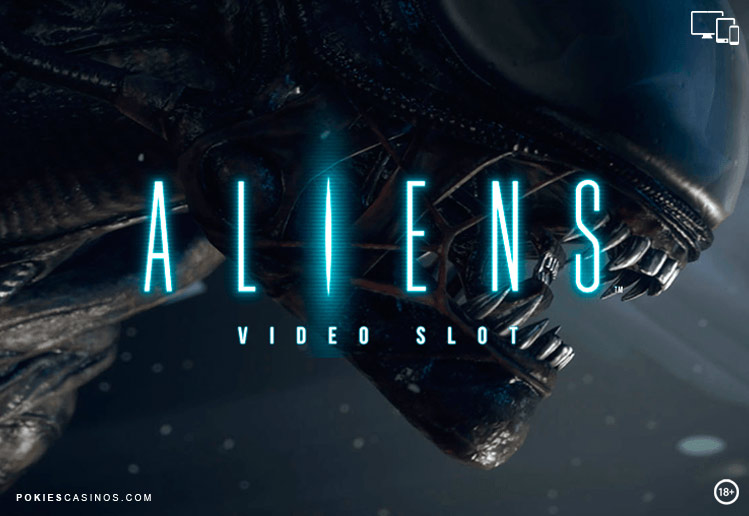 Aliens pokie is powered by the creative software gaming company NetEnt and has 15 paylines with 5 reels. Aliens is a branded pokie game based on the sci-fi action horror movie from 1986 in co-operation with 20th Century Fox.

The cult film was directed by James Cameron, starring Sigourney Weaver. The aim is to scan infested premises for Alien activity, shoot through Alien attacks attempting to reach and destroy the Queen Hive. During gameplay players get to move through various levels, each successive level offers greater opportunities for multipliers, re-spins, bonuses and big wins!

About the Aliens Bonus Games

Aliens is divided into 3 stages:

Level 1: The Search Collect symbols, each with their own multiplier value which get added to the Alien Activity Meter. Complete 9 steps to move onto Level 2

The multipliers collected in Level 1 will be transferred to this level and applied to wins on the symbols shown. Get up to a 6x multiplier on 3 symbols in one spin.

Level 2: The Hive This is where the Queen Hive can be destroyed. Each step completed on the Hive Health Meter awards a cash prize with 240x the bet awarded by killing and destroying the Queen and Hive.

The Weyland-Yutani Corp Logo is the Wild symbol which can create the highest possible winning combination on a bet line.
The Wild can appear during The Search on Reels 2, 3, 4 and 5.
During The Encounter the Wilds can appear at random anywhere on the reels, except for the on the centre position of Reel 1, 2 and 3.

About the 3 Bonus Rounds

The mission is to survive the waves of Alien attacks when trying to reach the Queen Hive. With each spin a symbol Overlay will appear at random on the centre positions on Reels 1, 2 and 3. Each symbol will have its own multiplier, according to the symbols on the Alien activity Meter. After After each spin Ammo Clips will be randomly awarded to kill the attacking aliens. While Ammo Clips appear a re-spin will be granted. Should there be no more Ammo Clips the Alien will then ‘kill’ the player, the mission ends and the player returns to Level 1.

When all steps of Level 2 are completed, The Hive will be activated.

The goal is to kill the Queen Alien and the Hive with eggs.
A total of 5 re-spins and 4 Ammo Clips will be awarded, plus a grenade to cause as much damage as possible to the Queen and her hive.

The Aliens will be attacking and the amount of damage caused will be shown on the Hive Health Meter, consisting of 4 steps, each awarding a coin win. If the Queen and her Hive get destroyed, a bonus coin win of 240 x the bet will be awarded.

Clicking Autoplay sets the game to spin the reels automatically up to 10, 25, 50, or 100 times. The Max Bet button automatically sets bets to the maximum amount and the reel will only spin once.

Where To Play Aliens Pokie Game

You can play Aliens pokie game at one of our recommended NetEnt Internet casinos below. 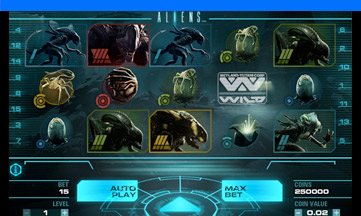 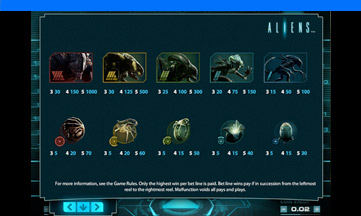 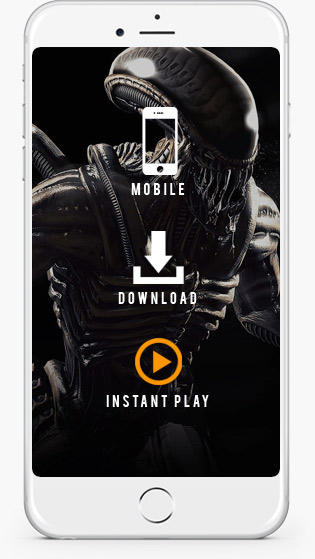