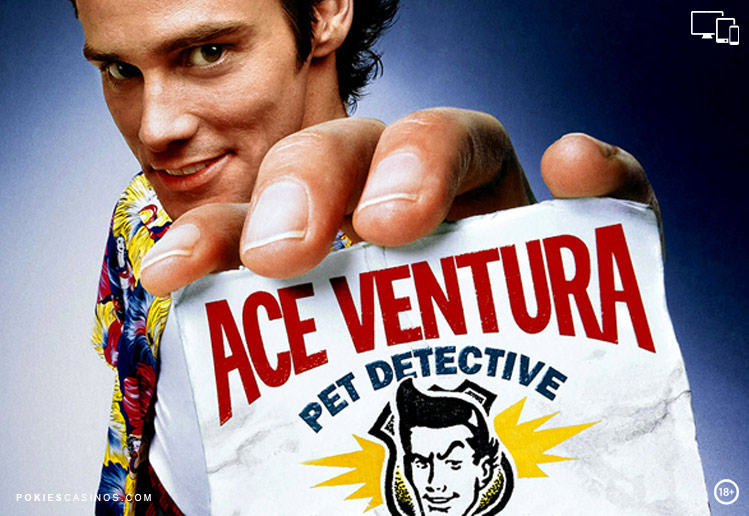 Ace Ventura Pet Detective pokie is powered by the well known software gaming company Playtech and has 243 ways to win.

Alllllrighty Then! Join the weird and whacky world of Jim Carrey, who plays the fun loving Detective Ace Ventura in the hilarious 1994 movie. Watch Ace get up to his antics as he investigates the case of a missing dolphin. Some of the famous scenes from the film will appear on the reels, which should keep players laughing along the way!

Ace Ventura pokie offers 3 randomly-triggered bonus features in the base game. The main appeal is the Free Games feature with Animal Modifiers awarding extra free spins, symbol upgrades, extra wilds, random wild multipliers and mystery win multipliers. During play the Animal Modifiers section appears at the top left – the aim is to collect any 2 of the 6 Modifiers which can be combined in the Free Games for great wins.

There are 3 in-reel features which activate at random in the base game on any spin. In Jungle Friends Ace Ventura summons his jungle friends to turn symbols into Extra Wilds. During the Sneaky Walk feature Ace sneaks across the reels adding Wild Stacks.

The Loser feature is when Ace can re-spin any losing spin with a 2x multiplier applied. Losing spins can become winning ones, with free re-spins and between 1x – 3x multipliers! Re-spins will continue until a winning combination appears.

The Ace Ventura Pet Detective Logo is the Wild and substitutes for all other symbols except the Scatter and Animal bonus symbols.

The Rhino giving birth to Ace is the Scatter symbol. Land 3 Scatters on Reels 1, 3 and 5 simultaneously to trigger the Free Games feature. Be rewarded with 7 Free Spins and Animal Modifiers.

Pink Elephant: Expands the number of paylines giving up to 1,024 Ways to Win as an extra row of symbols is added.

Green Gorilla: Upgrades symbols with a random symbol selected to be upgraded to a higher value.

Yellow Bat:  Places wild symbols into random positions on the reels after every free spin.

Orange Pigeon:  Adds a random wild multiplier up to 10x to any wild symbol appearing on Reel 3.

Blue Dolphin:  A mystery win multiplier is applied to all wins obtained in the feature

Ace Ventura pokie offers a Turbo mode to increase game speed that can be activated/deactivated. The Auto Spins feature provides 10, 25, 50, 99 auto spins can be selected.

You can play Ace Ventura Pet Detective pokie game at one of our recommended Playtech Internet casinos below. 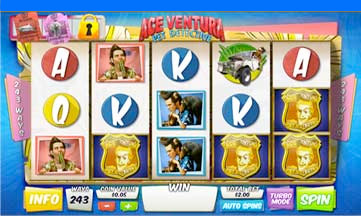 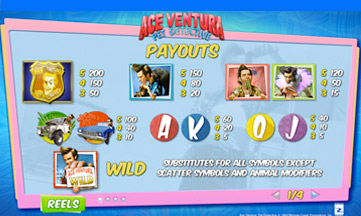 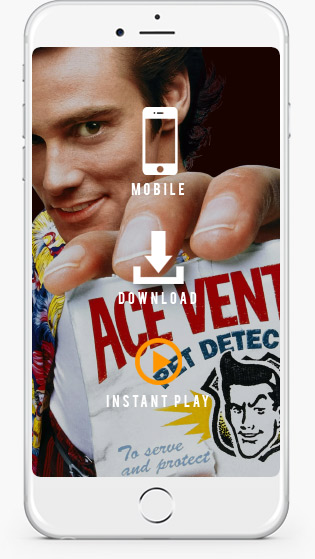