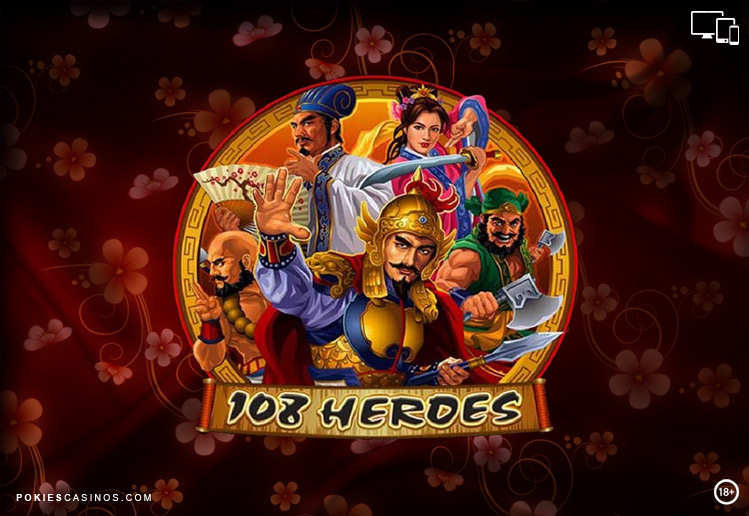 108 Heroes is a Microgaming Video Pokie which has 15 paylines with 5 reels.
108 Heroes was launched in April 2016 with a theme based on a Chinese classical novel about the 108 Heroes of China’s Liang Mount. The inspiration for this story comes from ancient Chinese battles that took place during an age when Emperors waged wars against neighbouring kingdoms. 108 Stars of Destiny were banished by the Taoist sage Shangdi

After apologizing for their exile, they were released and were later reborn as 108 Heroes who fight for justice.

The well designed HD symbols are of an ancient Chinese Military General, an Emperor and formidable Warriors. The grid has a background of cherry blossoms and trees. The energetic soundtrack is oriental which can also be switched off during a long session.
This is an impressive slot with a good theme, two bonus rounds and generous wins. Mobile pokie players can play 108 Heroes on iOS Devices, Android phones and Tablets.

This game offers a coin range of 0.01 to 1.00 with up to 5 coins per line.
Therefore, players have the flexibility of wagering a maximum of 75.00 per spin.
The average Return to Player percentage is 96.6%

About the Scatter Free Spins Bonus Round

Liang Mountain is the Scatter symbol which activates the Free Spins round.
When 3 or more Scatters appear anywhere on the reels 10 Free Spins will be awarded.
The game can pay up to 120,000 coins in the free spins round.
All wins are subject to a 3x multiplier to boost winnings.
Should another 3 Liang Mountain Scatter symbols appear an extra 10 Free spins will be awarded, taking the total to 20!

The Wild symbol is the 108 Heroes Logo which substitutes for other symbols except the Scatter. The Wild awards top line payouts and depending on the number of symbols in the grouping across the reels, players will be awarded 150, 300, 3 750 up to 30K credits respectively.

The Autoplay option is used to spin the reels without interruption for a chosen number of times.
During Auto Play the reels spin at express speed.
Set the reels to spin 10x, 25x, 50x or 100x or set another amount.
The Autoplay will also stop after the Bonus round has been activated.

Where To Play 108 Heroes Pokie

You can play 108 Heroes pokie at one of our recommended Microgaming Internet casinos below. 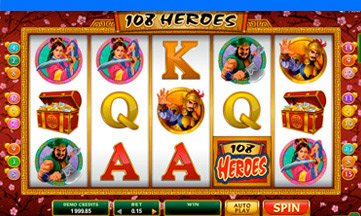 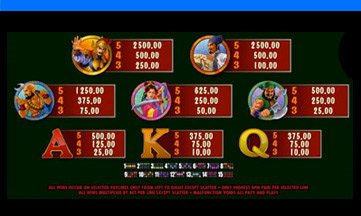 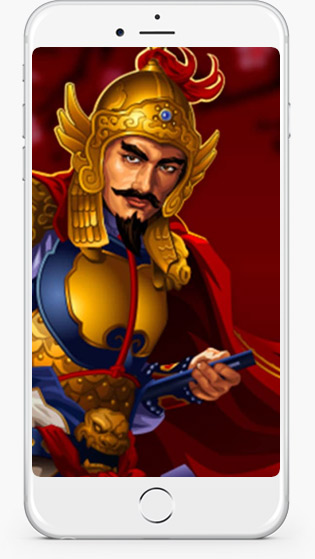