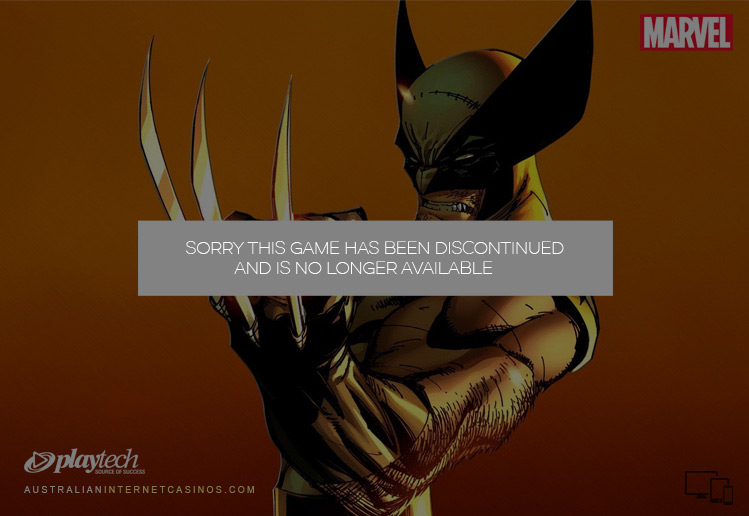 Wolverine pokie is powered by the well known software company Playtech and has 25 paylines with 5 reels.

The Wolverine pokie is based on the Hollywood movie starring Hugh Jackman as Wolverine. Born as James Howlett in Canada, his mutant abilities manifested during his teenage years. He has enhanced senses, Adamantium skeleton, retractable claws and advanced healing powers. Wolverine has been a part of both the X-Men and The Avengers teams.

Wolverine offers numerous options such as Stacked Wilds, Adamantium Free Spins, Berserker Rage Feature and the Marvel Progressive Jackpot. The maximum amount that can be won from a single spin, not including the jackpot, is 3 000 times the line bet when 5 Wilds appear adjacent to each other.

The Adamantium Free Games feature is triggered by 3 or more Syringe Scatter symbols. Receive 12 free spins, but there is an Adamantium tank with 12 levels. Depending on the amount of Syringes that trigger the feature between 4, 8 and 12 levels will be awarded. The Berserker Rage symbol on Reel 5 in the base game activates this mini-game. One free spin with 2 – 5 added wilds will be awarded.

Wolverine represents the Wild symbol with the power to substitute for any symbols except for the scatter. Get 5 Wild symbols on any of the 5 reels for the chance to win a jackpot worth 3 000x the amount of coins used to place a bet. The Wolverine Wild symbol can appear as a Single Wild, Double Stacked Wild or Triple Stacked Wild on all 5 reels. When a Wolverine Wild appears on the reels, a level of Adamantium from the tank will be used to inject the Wild and freeze it for the next free spin.

When 3 or more Syringe Scatters appear on the reels all bets can be multiplied between 5 and 100 times, and the Adamantium Free Games feature can be activated with 12 free spins.

Wolverine video pokie is linked to the Marvel Multi-level Mystery Progressive Jackpot including: Power, Super Power, Extra Power and Ultimate Power Jackpots. The Jackpot game can be randomly triggered at the end of any real money spin. A screen will open where players get to reveal symbols to determine which of the 4 Jackpots they have won.

Wolverine was the first Playtech slot to have the Turbo Mode feature. Go to the settings option and set the game to Fast Play – it’s not visible on the game and many players don’t know it exists. The Turbo Mode feature allows the reels to spin very quickly. There is also the Autoplay option which allows the reels to spin automatically. Autoplay can be set to a predetermined amount of spins, and can be stopped.

Where To Play Wolverine Pokie Game.

You can play Wolverine pokie game at anyone of our recommended Internet casinos below. 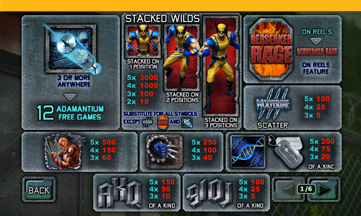 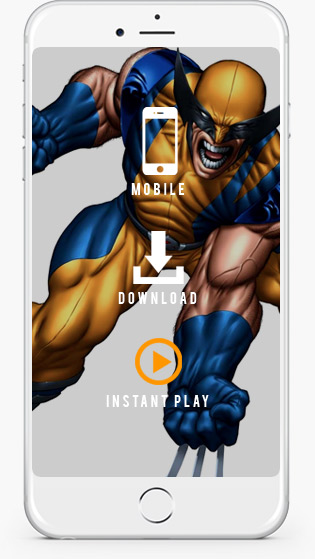