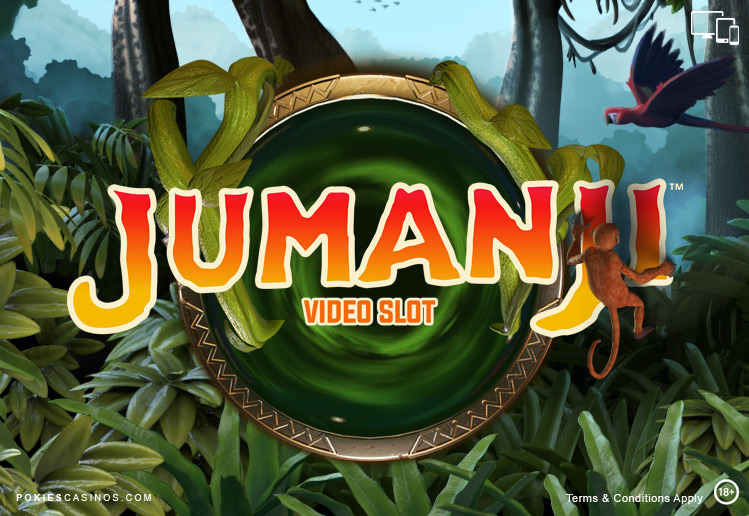 This unique game is based on the tale of teenagers who became trapped within the magical board game. They must overcome the magical powers to escape!

The unusual honeycomb reel layout makes Jumanji stand out from other video slots. Players can get completely immersed in the game with the pounding drumbeat, animal calls and captivating graphics. Set in the jungle, symbols include playing cards , pelicans, crocodiles, lions, rhino. Jumanji is all about the Board Game where you get to roll the Dice to move around the board game to win cash prizes, extra rolls and access to the bonus features.

The Lions are the highest paying symbols – 14x for 5 in a payline. Jumanji is a low-medium variance slot with a relatively low top payout of 504x The average Return to Player percentage is 96.33%

About the Jumanji Wild Symbol

The wild is a big, gold ‘Wild’ which will substitute for all other symbols to form winning combinations s except for the Jumanji Box scatter symbol.

About the Jumanji Bonus Games

Wild Stampede: Rhinos stampede while the reels spin, adding four to nine Wilds.
Monkey Mayhem: Awards wins when the reels stop before all symbols get shuffled randomly creating a guaranteed win. Monsoon Wilds: One or two reels get completely covered in Wilds while the reels spin. Sticky Vines: All winning symbols and Wilds from the initial spin stick to the reels while the other symbols spin again.

About the Wild Stampede

The Rhinos will stampede across the reels while the reels are spinning.
In the process, between 4 and 9 wild symbols will be added to the reels on every free spin.

About the Monkey Mayhem

The symbols shuffle around randomly helping to create winning combinations.

About the Monsoon Wilds

1 or 2 reels can become fully wild with the reels spinning.

About the Sticky Vines

The Board Game Bonus game is triggered when 3 or more Jumanji Box Scatters appear anywhere on the reels.

About the Board Game Free Spins

3, 4 or 5 Jumanji board game scatters award 6, 7 or 8 rolls of the dice. Once in, you get to spin a pair of dice and move a counter around the board. This can lead to the free spins, extra rolls, cash prizes and Mystery rounds. Each free spin feature is located on a corner of the board game. When landing in front of one of the 2 locations, that will be the feature to play. Once a feature is activated, the corresponding locations will award extra dice rolls when landing on them again:

The Mystery feature displays a carousel which can award 1 of the 4 Free Spins features. Land on Coin Wins which awards between 2x and 10x the stake plus 2 extra Dice rolls in the Jumanji circle.

Auto Play allows the reels to spin automatically without interruption. Players can set the number of spins to be played and there are various options when the reels should stop.

Where To Play Jumanji Pokie 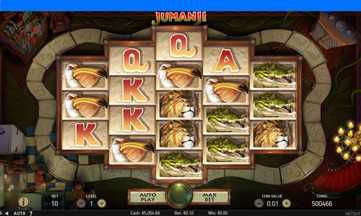 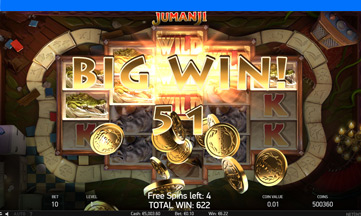 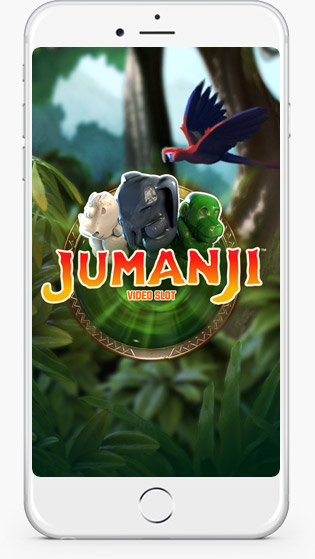