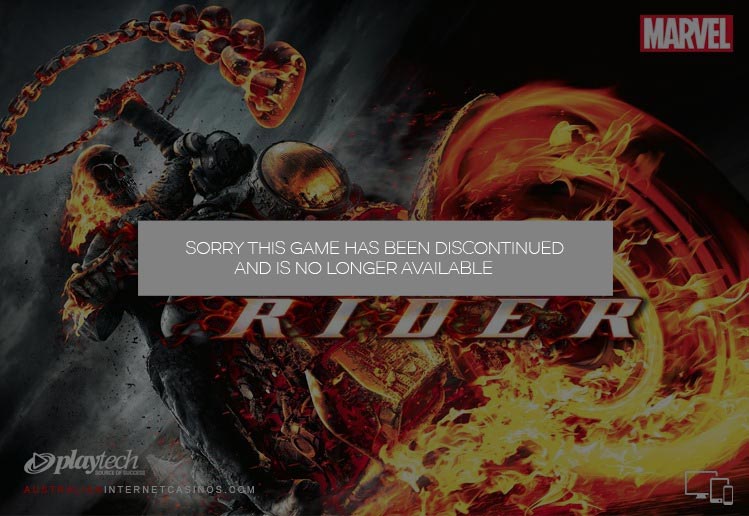 Ghost Rider pokie is powered by the well known software gaming company Playtech and has 5 reels and 20 paylines.

Based on the popular Marvel comics and the Hollywood movie that came out in 2007 with Nicholas Cage as the tormented bike stuntman, Johnny Blaze.

The pokie includes features inspired by the movie such as the Ghost Hunt Bonus feature where the aim is to shoot down the ghosts for cash prizes. See the Ghost Rider on his bike moving over the screen towards the horizon. The Free Games feature awards 10 free spins with a 3x multiplier.

As with all the Marvel pokies, there is a chance to win 1 of 4 Progressive Jackpots. The game can also be played in the Free or Real money modes.

The Jackpot consists of 10 000 game coins and is a part of the 4-level Progressive Jackpot feature.

The Ghost Rider Logo triggers the Free Spins Bonus with a 3x multiplierand Expanding Wild. Ghost Hunt Bonus Feature requires players to shoot down up to 7 ghosts, each successful shot will be awarded with a cash prize and a 3x multiplier.

The Wild symbol is represented by a Flaming Skull appearing on Reels 2, 3 and 4. The Wild becomes an Expanding Wild during the Free Spins. The Wild substitutes for all symbols except the Scatter and the Flaming Motorbike bonus.

About the Scatter Symbols:

The Flaming Motorbike is the Bonus symbol, when 5 appear anywhere on the reels the Bonus round will be activated.
See the Ghost Rider speeding along a highway on his motorbike –ghosts will appear on the screen which need to be shot down.
Get 10 chances to make a shot, each successful shot awards up to 3 times the stake per shot. Each ghost is worth a Cash prize and a Multiplier.

A 4×5 grid of 20 squares will appear on the screen with different Jackpot symbols. Select the squares to reveal symbols, find 3 identical symbols to win the Jackpot.

Autoplay will spin the reels multiple times automatically. With Autoplay players can select between 10, 25, 50 or 99 spins. Players can also select the ‘Until Feature’ which continues spinning the reels automatically until the Stop button is clicked.

You can play Ghost Rider pokie game at anyone of our recommended Playtech Internet casinos below. 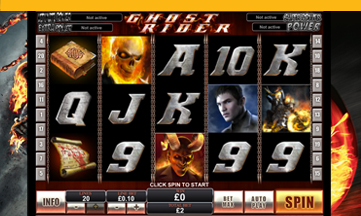 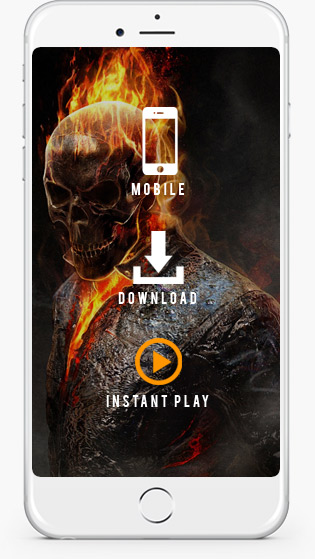