Age of the Gods Furious 4 by Playtech 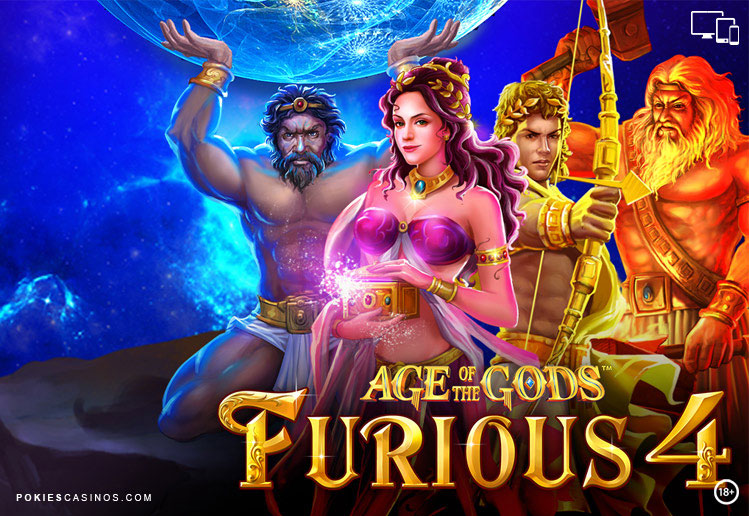 Age of the Gods Furious 4 Overview

Age of the Gods Furious 4

Age of the Gods – Furious 4

Age of the Gods Furious 4 Ratings

ABOUT AGE OF THE GODS – FURIOUS 4 POKIE GAME

Age of the Gods – Furious 4 pokie is powered by the Renowned software company Playtech and has 20 paylines with 5 reels. Meet this almighty group of Gods from ancient Greek mythology who use their powers to bring a host of unique bonus features! Atlas was a Titan God who was condemned by Zeus to hold up the heavens above the earth for eternity.

Pandora was the first mortal human created by the gods, who fatefully opened a box releasing all evils onto humankind. Hephaestus, a deformed deity was the God of work fire and craftsmanship. Apollo was the patron of art, archery, light, medicine and music.

Furious 4 pokie is mainly about the Free Games feature which awards 12 free spins. Each God covering the middle reel will triggers their own free spins feature with expanding wilds, increasing multipliers and locked symbols. There are also 4 Progressive Jackpots to be won.

About Age of the Gods – Furious 4 Bonus Games

Each god in the game has its own individual free spins feature.
These free spins are triggered when 3 or more Golden Throne scatters anywhere on the screen:

1. Age of Light/Apollo on Reel 3 – 4 extra spins with Apollo acting as an extra expanding wild

2. Age Of Curiosity/Pandora on Reel 3 –cash prize and 4 free spins with a 1x multiplier

3. Age Of Fire/Hephaestus on Reel 3 – 4 extra spins with Reel 1 wild plus extra wilds on other reels.

4. Age Of Endurance/Atlas on Reel 3 – 3 extra spins with Atlas acting as an extra wild which stays frozen in place until the spins end.

Furious 4 is the Wild symbol and substitutes for all other symbols except the scatter symbol. Furious 4 Wild is the highest value symbol which award 10 000x the line bet when 5 appear on a payline.

About the Free Games Bonus Features:   Age of Light – Apollo

The Age of Light feature will award 4 extra spins where Apollo is wild.
Apollo is not just a standard wild – he will expand to cover the entire reel in which he appears.

4 extra spins will be awarded together with a multiplier which increases by 1x each time Pandora lands during the special spins.
This final multiplier will be added to the total from all the free spins when the feature ends.

Hephaestus will appear as a stacked symbol on Reel 1 during the 4 extra spins. Apollo, Pandora and Atlas will be removed from the reels with extra Hephaestus symbols.

Atlas symbols will substitute for all symbols except wild and scatter symbols and will stay frozen on the reels for all remaining free spins.

The Age of the Gods jackpot feature offers 4 Progressive Jackpots:
Power, Extra Power, Super Power and Ultimate Power. The Jackpot Game will open at random where players get to pick from a 4×5 grid of 20 gold coins aiming to match 3 identical symbols. Hidden behind the coins are the jackpot symbols. Once there is a match with 3 jackpot symbols, then that is the progressive jackpot won.

Players can also use the Auto Play option where spins can be set to play automatically. Select the amount of spins to play from 10, 25, 50 up to 99 spins. The Auto Play will stop when the reels complete the set amount of times or when a Bonus round or the Progressive Jackpot is triggered. Players can also select the ‘Until Feature’ or click on the option to ‘Stop’.

Where to play Age of the Gods – Furious 4 Pokie Game.

You can play Age of the Gods – Furious 4 pokie game at our recommended Playtech Internet casinos below. 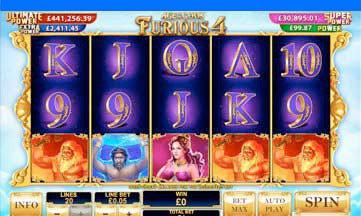 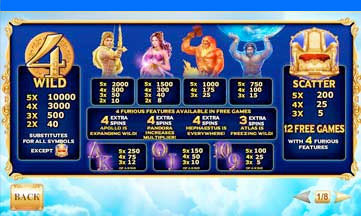 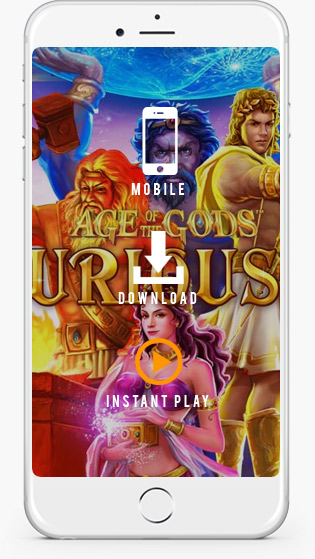